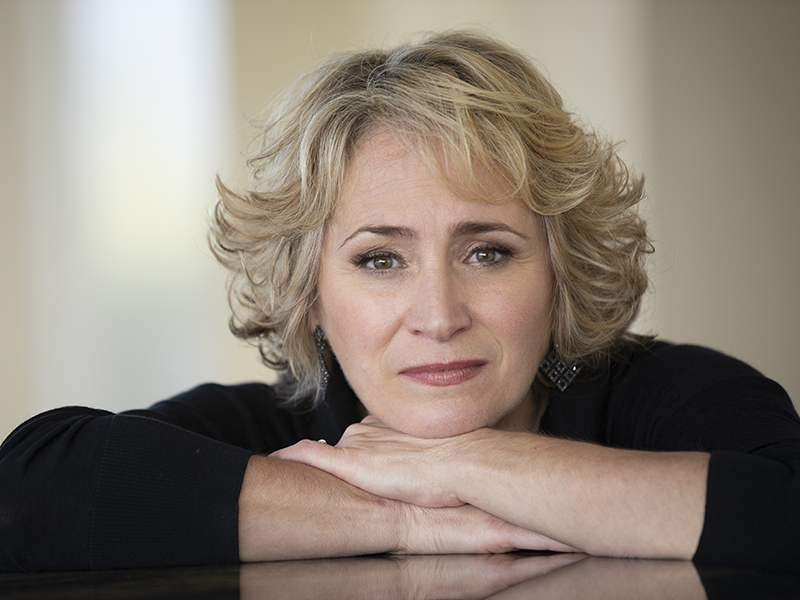 GRAN TEATRE DEL LICEU – BARCELLONA – KATIA KABANOVA (Katia) – Novembre 2018
“Brave the soprano Patricia Racette as Katia, with that great recitative that is the text, without arias. It is difficult to say if [her] acting does not surpass [her] singing. And spectacular public reaction, clapping for six minutes.” M. Chavarria www.lavanguardia.com

“Soprano Patricia Racette in the role of the protagonist who gives title to the opera showed once again what an excellent singing actress she is, perfectly suited to a character like Kátya Kabanová. Her interpretation was superb from beginning to end, and she lived the part with outstanding intensity. Vocally, she was also very good, although her singing today doesn’t quite reach the same level as her acting.” J. M. Irurzun seenandherd-international.com

OPERA PHILADELPHIA FESTIVAL- NE QUITTEZ PAS – Settembre 2018
“Here, for three-quarters of an hour, Opera Philadelphia triumphed — in casting Patricia Racette as the soprano and engaging director James Darrah, and by melding the piece with the cabaret-like immediacy of the Theatre of Living Arts on South Street. When Racette walked out into the middle of the audience singing only a foot or two from your ear, her suffering became yours.” P. Dobrin. Dailynewsphilly.com Settembre 2018

“Soprano Patricia Racette is superb in La Voix Humaine, a work that she makes absolutely her own…she’s in absolute command vocally and dramatically of every nuance. ” D. Fox parterre.com
“She manages a star performance through her remarkable subtlety and vocal grace…thrilling, majestically sung, and ultimately heartbreaking. La voix humaine gives the audience a complete artist at the peak of her power.” C. Kelsall . broadstreetreview.com

TEATRO REAL DI MADRID – DIVA ON DETOUR –  Giugno 2018
Maybe just highlighting a few things: “Delicious evening…not all great voices sound good with the microphone. Fortunately, it was not the case. Racette demonstrated from her entry to the rhythm of George Gershwin’s I Got Rhythm a great ease and an enormous facility to connect with everyone. [A]s the audience did not want to leave, [s]he played a couple of encores, ending with the Maybe this time of the musical Cabaret by John Kander and Fred Ebb, which became popular at the world with the film by Bob Fosse, and where Mrs. Racette became the very Liza Minelli.”