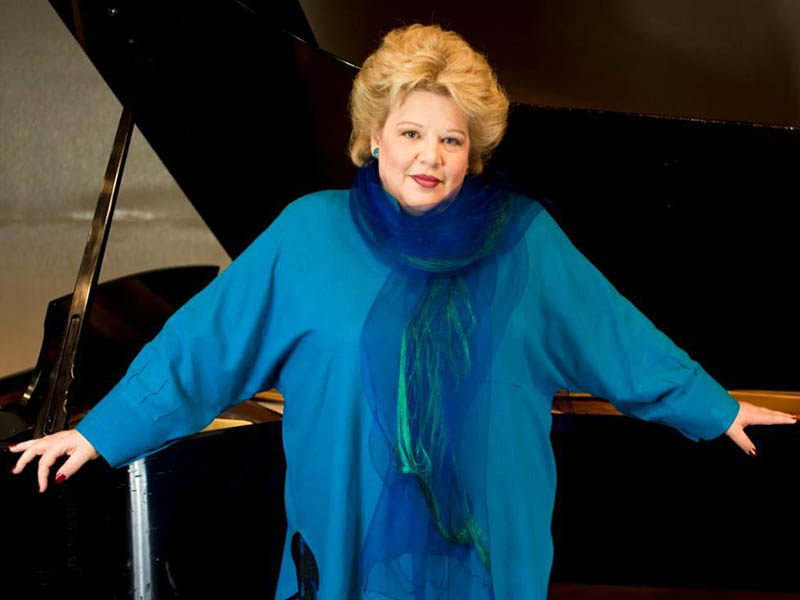 METROPOLITAN OPERA, New York – AIDA (Amneris)– Gennaio 2019
. At this first performance of 2019, veteran mezzo Dolora Zajick, who first sang Amneris in this production in 1989, carried the performance almost single-handedly, with workmanlike but solid supporting singers. (….) But from Act 2 on, Zajick dominated the performance with conviction and courage. It was remarkable how her voice has remained undamaged over the years. While it was shrill at times in the top range, the voice still soared high to end the Judgement Scene with thrilling force. Above all, she still had an ability to produce endless legato while varying her dynamics from forte to piano”Bachetrack.com A. Imamura 8 Gen 2019

“Dolora Zajick By the start of Act Four, she was in her best form, singing with power and conviction as she raged and pleaded with the gods to spare Radamès’s life.” Newyorkclassicalreviw.com E. C. Simpson 8 Gen 2019

“I saw Ms. Zajick perform Amneris in the premier of this production some thirty years ago. She was a force of nature then, and is a wonder of nature now. This was an absolute masterclass in dramatic singing. If you get a chance to hear her in the role this season, don’t miss it. Her voice no longer has the wide palate of colors it once did, but who cares! She commanded the stage every time she step on it. Her technique is still rock solid, her diction may even be better than it once was, and her understanding of the role has only deepened with time. The entire fourth act was superb. Beginning with Zajick’s incandescent showdown with Radames, straight through the riveting, goose-bump inducing judgement scene.” Broadwayworld.com P. Danish 9 Gen 2019

METROPOLITAN OPERA – NEW YORK – DER FLIEGENDE HOLLANDAER – Aprile 2017
“Dolora Zajick made much of the minor, sinister duties allotted old Mary. The veteran mezzo-soprano rolled deftly about the stage in the post-Bayreuth wheelchair that apparently has become part of her character’s persona.”

DALLAS OPERA – THE TURN OF THE SCREW –  Marzo 2017
“One surprise was the opportunity to hear one of the world’s top Verdian mezzos, Dolora Zajick, as Mrs. Grose, the bewildered housekeeper… She makes certain that her voice fits perfectly in the small ensemble and offers a clear difference in sound to Bell’s equally formidable soprano.” (Theatre Jones, 19 March 2017) “…exquisite high pianissimos, and […]”